Welcome to the 2019 Falcons Tennis season!

Selections for coed tennis team occur during the first week of school, with matches starting as soon as two weeks into the season.

Based on early results the team is organized into boys and girls singles and doubles seeds, as they face off with other ASIL programs within Italy.

Upon the close of the season, league coaches gather to discuss nominations from Italy, proposing the best tennis players from ASIL to compete in the European Championships in Wiesbaden, Germany. There are spots for 12 competitors in each of the girls and boys singles and doubles competitions, filled by Tennis players from throughout Germany, England, Spain, Italy and Turkey.

DoDDS Europe has a very high level of competition at the season ending tournament in Wiesbaden, Germany. Despite this, our Tennis team took home 2nd Place in 2015 and 3rd Place in 2012.

One of the good things about the tennis team is that we have Ting L. and, with him, he elevated every single player to another level. They are working hard! They are getting better! Everyone's level is improving. It takes time, but we did very well this year.

Congratulations to our Tennis Team 2019!

AOSR has been in the top three in Europe 7 of the last 8 years!

Congratulations to our Tennis Team 2018! 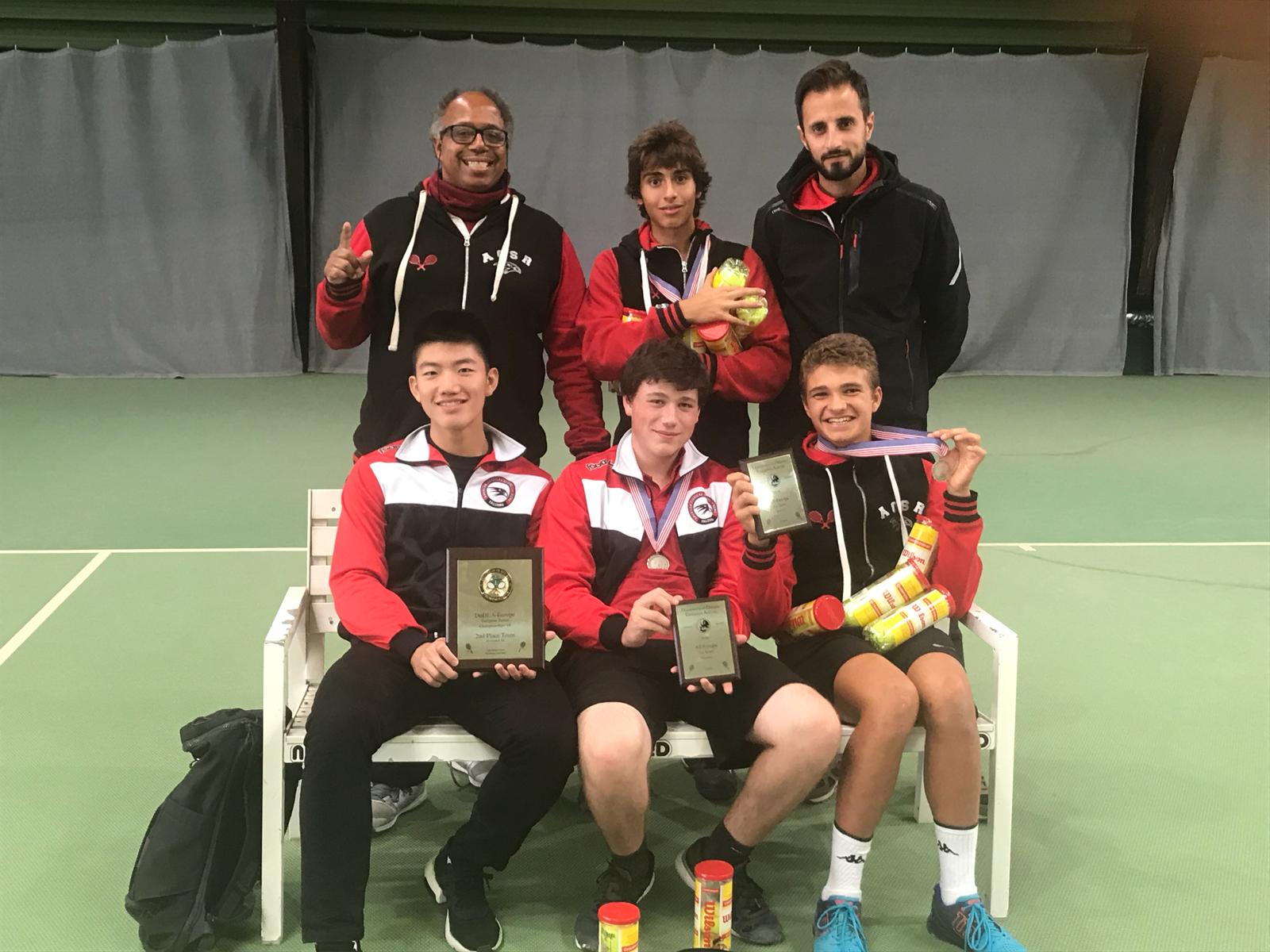 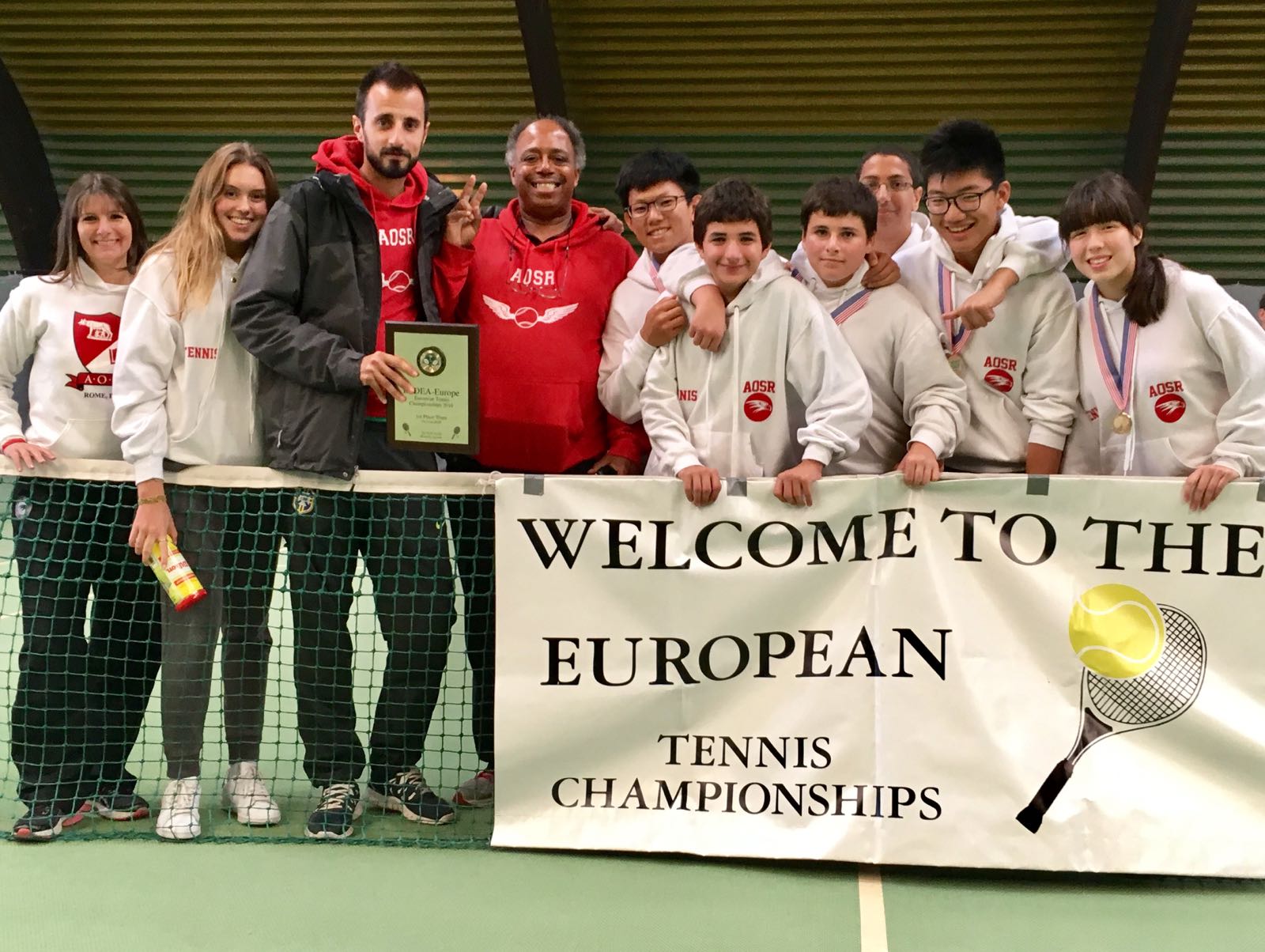 Our tennis experience this year was different. We had a new head coach and team members. It gave me the opportunity to really take a leadership role and help the new members improve as well as push the team to greatness. I had a wonderful time this season.

It was really fun to have a lot of new people on the tennis team this year, and get to know them during the trips we had.