Congratulations to the 2019 Falcons Volleyball teams!

Tryouts for both girls and boys volleyball happen the first two days of the school year, in September.

Our 2017 girls HS volleyball team made AOSR history this fall, taking our first #1 spot at the European Championship ever! After a number of 2nd and 3rd place finishes, Coaches Olivieri and Waite led this year's team to the top!
The team demonstrated their skill and unity, marching through the 5 match tournament dropping only 3 out of 17 sets - putting away with Bahrain in the final: 24 - 26, 25 - 20, 25 - 19, 25 - 22.
Both Emma W. and Sophie B. were named to the All Tournament team, with Sophie being award MVP of the tournament!
Congratulations Ladies!

Girls volleyball has been a regular contender in ASIL (2013 Regional Champion) and DoDDS Europe (2015 3rd place, 2013 2nd place, 2012 3rd place) and look to get back into the semifinal round this year.

The team’s acknowledgeable skills were nothing compared to the unique bond between all of the members, which led us to win AOSR’s third Mediterranean Championship in a row, remaining undefeated. It was memorable and such an incredible season. 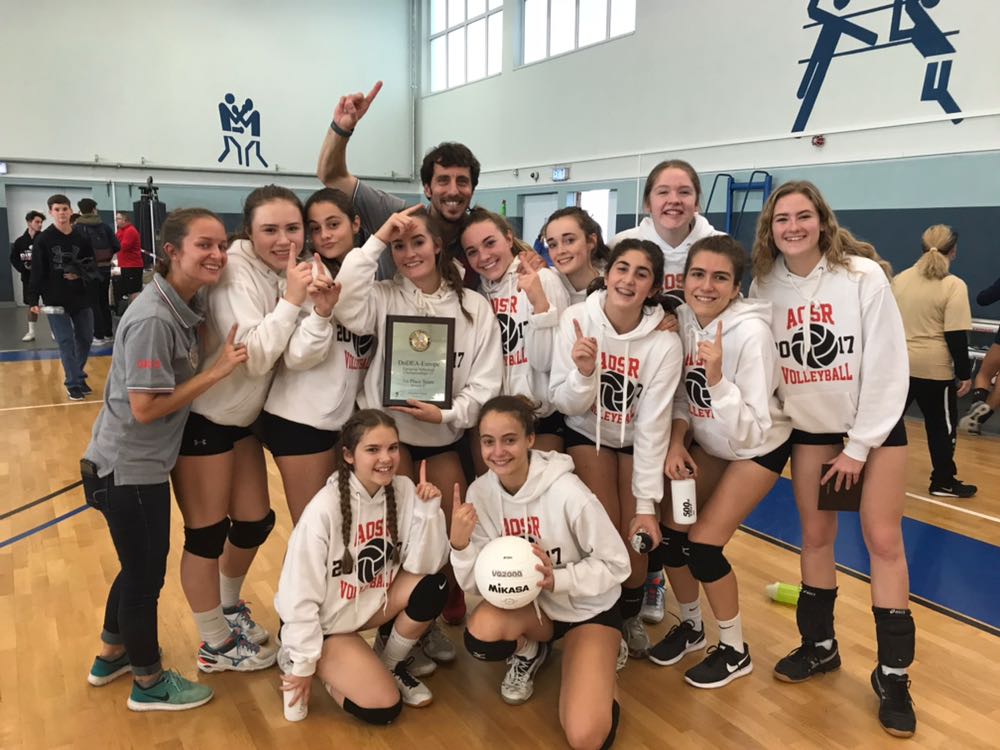 "As a fourth year veteran of the team and now the captain, I've seen the team get closer and play better as a unit over the years. I am looking forward to an exciting season and finishing my high school volleyball career strong and having made great friends along the way."