As a group, the members aim to promote a community based on respect, solidarity and support.

Every year the French Honor Society chooses a specific cause to support throughout the academic year. 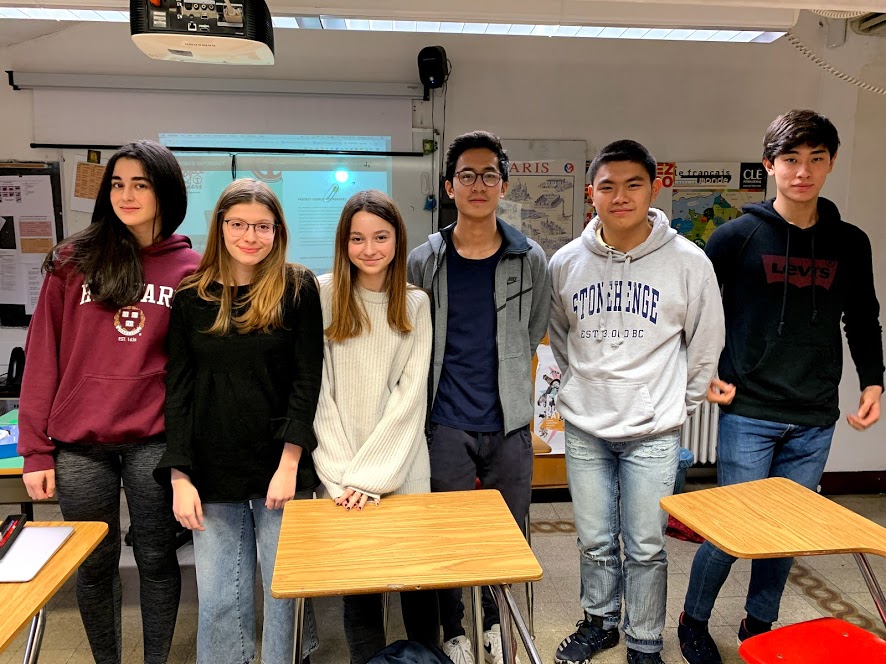 Sponsored by the American Association of Teachers of Spanish and Portuguese (AATSP), the Sociedad Honoraria Hispánica is an honor society for high school students. Its mission is to recognize achievement in the Spanish and/or Portuguese languages and and to promote interest in Hispanic and Luso-Brazilian studies. Formally organized in 1953, the Sociedad Honoraria Hispánica has over 2,500 national and international chapters.

AOSR's chapter - Puente de las Américas - admits interested 10th, 11th, and 12th graders who have maintained an honor average in the study of Spanish during their first year of high school. Criteria for selection include character, leadership, seriousness of purpose, cooperation, honesty, service and commitment to others.

Over the past years, the Sociedad Honoraria Hispánica has raised funds to help children in Bolivia's silver mining regions and has organized a One Cause, One Euro, One Day initiative for communities in Ecuador as they lived through the difficulties caused by the massive earthquake in the spring of 2016. We also raised funds for Camino Seguro, a top-rated charity working in Guatemala to offer education for children and families making their lives around the City's garbage dump.

Starting in the 2016-2017 school year - with the support of our teachers and our administration - we have focused on more service-oriented efforts in our own community by starting what we like to call "AOSR recycling movement".

The purpose of Italian Honor Society, " Leonardo da Vinci", is not only to give recognition to outstanding performance in Italian class, but also to promote a greater understanding and appreciation of Italian culture. Italian Honor Societies were founded in 1924 by the American Association of Teachers of Italian to promote the study of the Italian language, literature, and culture in schools, colleges and universities in North America. 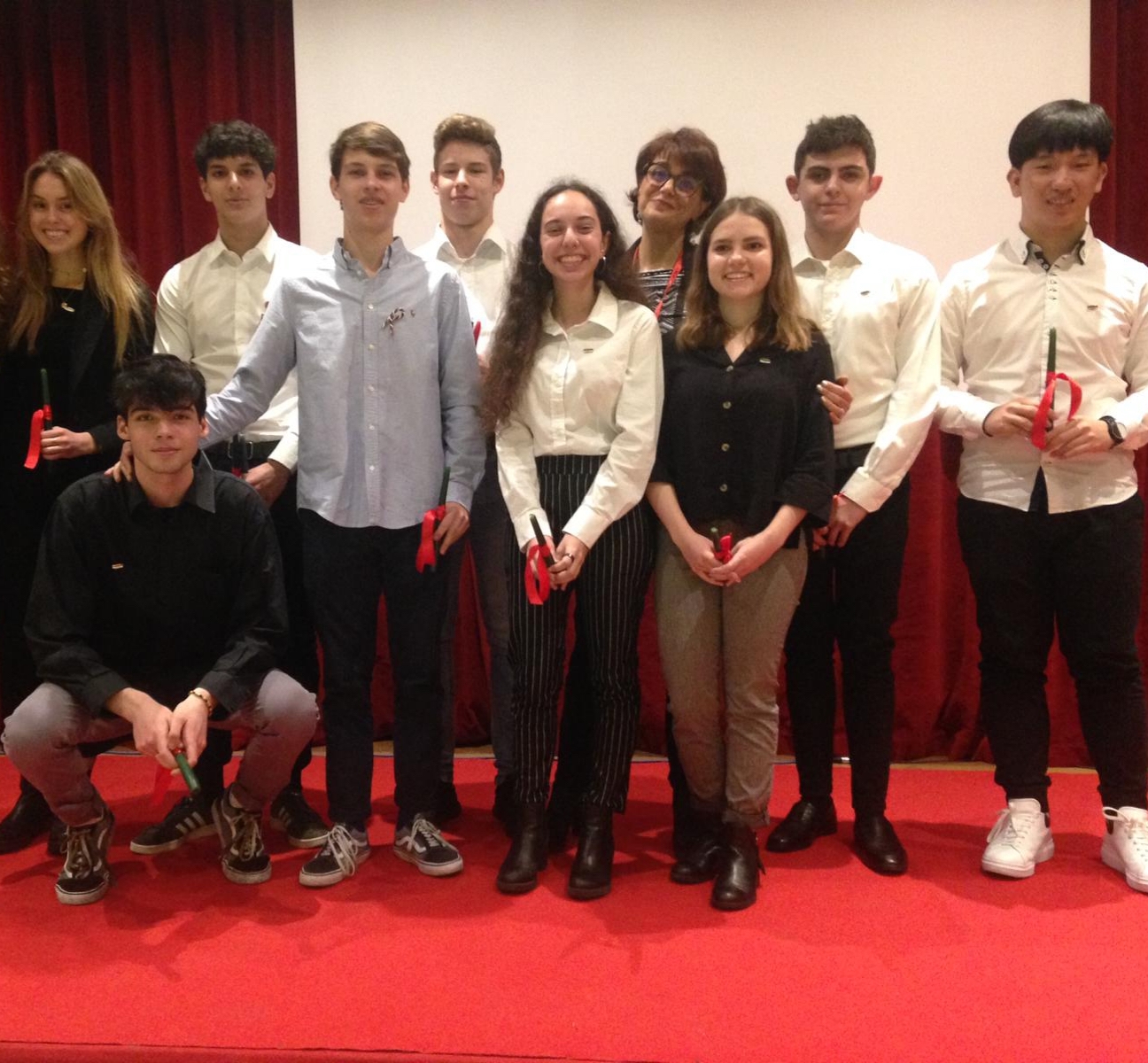 Now, after nine decades, there are about 1,500 members around the world, including AOSR. In the past, the Italian Honor Society at AOSR helped the “Turtle Project “, an organization that provides support, education and rehabilitation to autistic children, through a school fundraisers like bake sales and Mayfair. They have also focused on donating funds to others societies, such hospital San Pietro, in memory of Mr. Ullman, continued support to La Lega del Filo d'Oro, and funds to help earthquake victims of school "Romolo Capranica " di Amatrice .

Applications for Pre-K to Grade 12 are open! 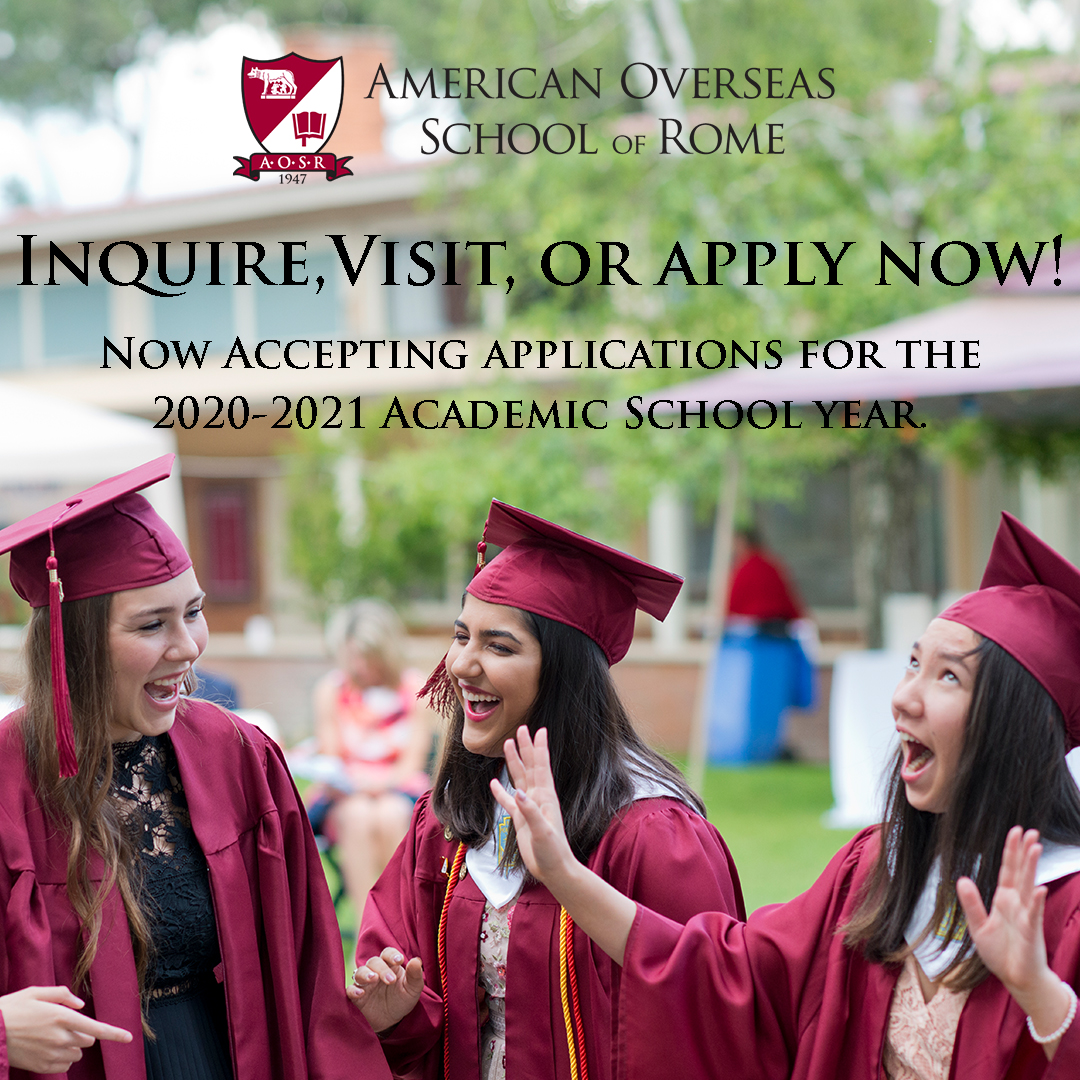